Modular wall systems are used in a large number of different ways in various settings, from office buildings to schools, shopping centres and even airports. Their popularity has spread thanks to numerous characteristics which make them the obvious choice for new space designs and remodelling projects. They are lightweight, sturdy, attractive and easy to set up and use. Prior to the advent of these systems, remodelling projects often never came to fruition due to contractor costs. Those that did ended up costing a lot of money, as contractors needed to knock down existing walls and build temporary walls or barricades to separate the public from the work area. Add to that the costs caused by the disruption itself, and you can see why modular wall systems are far superior – they solve numerous problems for a fraction of the price.

Of course, these systems are not appropriate for every scenario. Some spaces require very permanent walls, which are just not going to move. However, as the technology of these walls continues to improve, so does their potential. It’s not unthinkable to imagine them being used everywhere from prisons to parliaments, in the not-too-distant future.

Some Examples of Successful Implementation of Modular Wall Systems 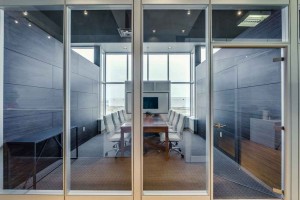 The idea of being able to configure a certain space in different ways, perhaps to optimize discretion or communication, is very appealing. Flexibility of what a space can be used for can save organizations millions of dollars and thousands of work hours, by not having to operate separate facilities and transfer staff between them. It allows them more opportunities for growth, and offers scalable models for growing organizations.

Modular wall systems also allow improved safety for construction workers, organizational staff and the general public. They are easy and quick to assemble and leave no ugly markings or mess when they are reassembled. Of course, these systems also have their limitations – they are delivered, almost always, by road, meaning that each panel can only be a certain size. For the majority of uses, however, such concerns are not relevant. We have installed these systems for a number of companies, serving various purposes, including:

It is fair to say that your use of space is only limited by your imagination, thanks to the opportunities that modular wall systems present. Many customizable options mean that you can put together beautiful, ergonomic, comfortable work spaces, with manageable noise levels and ample communication opportunities. Not only that, but these systems tend to increase design value exponentially, by giving a previously rigid and limited space, the possibility to be many more things at once. Storage problems are eliminated – including those with issues over securing confidential data, such as old filing systems.

When it comes to colour and finish, modular walls tend to make traditional walls look old and chaotic. Not only do they serve to make your organization run more slickly, they also make it look that way. Electrical wiring and other lines are hidden away easily in system panels. Glass can be clear or opaque. Meeting rooms can be open or intimate. Changing things around is easy and doesn’t usually require the rewiring, transfer of furniture and general upheaval that it would do in a regular space.

Not only this, but the walls in general are of a superior quality to traditionally built office walls. They are factory-made to high standards, and each panel is tested individually for quality and safety. The general upshot of this tends to be increased productivity for the organization in question.  Modular wall construction offers organizations the chance to boost themselves very much into the 21st Century.  With the changing, more mobile nature of work, it only makes sense that that work spaces we do have, become more flexible, too.

Get a Quote Today